Jacobson Engineering was founded in 2013 by Joel Jacobson. Joel developed a passion for computer aided engineering (CAE) early on in his career and set out to become licensed and to begin his own firm that would offer businesses and individuals his services. Jacobson Engineering Services offers very competitive rates for their services and is willing to take on temporary, long-term & short-term, large or small projects.

Optimizing a design to meet service requirements or for manufacturing constraints can be costly. However, utilizing models and simulation tools has been proven to increase time to market as well as product quality. 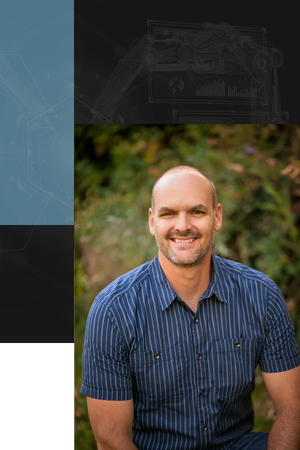 Joel completed his Bachelor of Science degree at Utah State University in Logan, UT in Mechanical Engineering. During his Bachelor's degree he worked as an intern for Parker Aerospace Controls Division (Ogden, UT) as a design engineer.

Upon graduating with his degree, he worked as an F-16 Structural Engineer for the U.S. Air Force at Hill AFB, UT. During his tenure as an F-16 structural engineer he obtained his professional engineering license in the state of Utah and was selected for a prestigious scholarship sponsored by the Department of Defense and the American Society of Engineering Education (ASEE) where he completed his Master of Science degree in Aeronautics and Astronautics at Purdue University in West Lafayette, IN.

Joel enjoys the outdoors and is passionate about his family life, work, service to God and his country.

Get in touch with us today!